With the retirement of Greg Hewitt, DiDonato has made changes to our Ownership structure.  We are proud to announce the promotion of several of our existing personnel to Principals-Owners/Officers of the company. 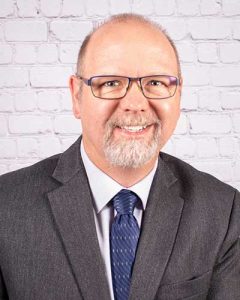 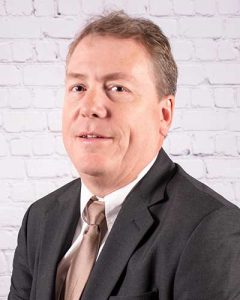 Peter Ringo, PE, Sr. Vice President – Civil Engineering/Treasurer – Peter, with DiDonato since 1992, has 35 years of experience and leads the Civil Department.  Pete has his BS degree in Civil Engineering from Valparaiso University and is a NYS licensed Professional Engineer.  He has been Engineer, Project Manager, and QA/QC Manager on hundreds of civil-site-transportation projects for DiDonato.  Pete has been involved in every Airport project DiDonato has done since he started with the company—first as a Project Engineer, then Project Manager, and now as a QA/QC Manager or Principal-in-Charge.  Peter has been the Lead Designer and/or Project Manager on most of our high-profile projects throughout his career at DiDonato.  Projects range from large roadway, streetscape, and green infrastructure projects such as returning vehicular traffic to Main Street along the light rail rapid transit corridor in downtown Buffalo; Transit Road reconstruction in West Seneca; E. Spring Street Green Infrastructure project in Williamsville; Old Falls Street Reconstruction in Niagara Falls to name a few.  Peter has also managed the design for major airport improvement projects at the Buffalo and Niagara Falls international Airports including the new terminal apron design projects at both airports; runway rehabilitation and extension projects for primary and crosswind runways at both airports; and several taxiway rehabilitation and reconstruction projects at both airports.  Site improvement projects include many commercial developments throughout the region as well as several projects at the Buffalo Bills stadium site.  Peter leads an experienced staff with diverse technical expertise that enables DiDonato to be one of the top-rated Civil Design firms within the region. 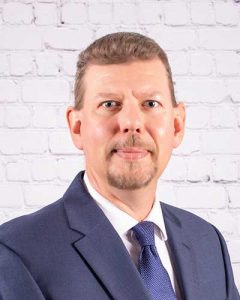 Christopher Gardner, PE, Vice President – Aviation Design – Chris, with DiDonato since 1997, has 28 years of experience and heads up our Aviation design group.  Chris holds a BS degree in Environmental Resource and Forest Engineering for SUNY College of Environmental Science & Forestry at Syracuse and is a NYS licensed Professional Engineer. While Chris has been involved in a variety of projects for DiDonato, his extensive experience at both Buffalo Niagara and Niagara Falls International Airports where he has been involved with planning, design, and construction inspection of multiple airfield projects, including runway, taxiway, and apron pavement projects is the reason he was named Aviation Manager in 2020. He has special expertise and knowledge in performing materials testing, including Marshall Mix Designs, P-401 and P-501 Laboratory Quality Control Testing, and in-place asphalt density monitoring and has presented at the NEC/AAAE Airports Conference in Hershey PA on “P-401 – A Resident Engineer’s Perspective” for the past three years.  Chris’s strong communication and writing skills makes him well-regarded by Clients and Team members alike. 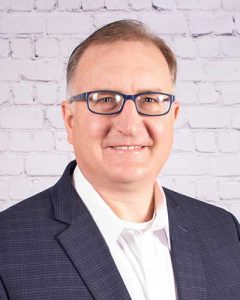 Jeffrey Blank, PE, Vice President – Bridge Design – Jeff, with DiDonato 1999, has 29 years of experience and manages the firm’s Structural-Bridge projects.  Jeff has his BS degree in Civil Engineering from Trine (formerly Tri-State) University in Indiana and is a NYS licensed Professional Engineer.  With a thorough knowledge of AASHTO, AISC, ACI, and the NYSDOT Standard Specifications for Highway Bridges, Jeff has been involved in DiDonato’s bridge replacement/rehabilitation projects since he started at the firm.  He has been the Assistant Team Leader, Assistant Project Manager, Team Leader, QC Engineer, Load Rating Engineer, and/or Project Manager on DiDonato’s Biennial Bridge Inspection projects for both NYSDOT and NYSTA.  He also is the Project Manager for the City of Buffalo’s Bridge Contract which involves developing and updating bridge maintenance program, bridge inspection, and bridge repairs for the City’s 48 bridges.  He has designed bridge replacements for Cattaraugus County, Erie County, and Niagara County. 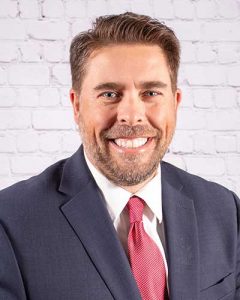 Michael Banks, AIA, LEED® AP, Vice President – Architecture – Mike, with DiDonato since 2001, has 29 years of experience and heads up the Architectural Department.  Mike has a BPS degree in Architecture from SUNY at Buffalo, an AAS degree in Architectural Technology from Erie Community College and is a NYS Registered Architect.  He also is a U.S. Green Building Council, LEED® Accredited Professional.  Mike has worked on a variety of projects for DiDonato including educational facilities, recreational facilities, healthcare, residential housing, and commercial buildings.  He was Lead Architect and Project Manager on DiDonato’s Buffalo Municipal Housing Authority projects which included interior renovation/rehabilitation, exterior masonry repairs, roof replacements, and site improvements.  He is currently working as Project Manager on our Audubon Library Addition project and NFTA Light Rail Rapid Transit Station Panel Liner replacement projects, and Lead Architect on several assignments under our A/E Term Contract with SUNY at Buffalo. 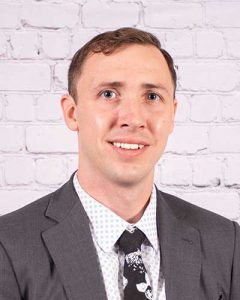 Daniel Schneider, PE, SE, Vice President – Structural Design – Dan started as an intern for DiDonato while he was attending college for Civil/Structural Engineering.  He was hired full-time upon graduation and now leads our Structural-Buildings projects. Dan holds a BS degree in Civil/Structural Engineering from SUNY at Buffalo and is a NYS licensed Professional Engineer.  He also obtained his Professional Structural Engineering license, a difficult 16-hour exam using separate vertical and lateral components to test the ability to safely design buildings, especially in areas of high seismicity and high wind.  The SE license is considered a mastery-level license and is a great accomplishment in a structural engineer’s career.   Dan is the Lead Structural Engineer on several assignments under our A/E Term Contract with SUNY Buffalo including classroom renovation, stairwell additions, roof replacements, window replacements, and structural analysis.  He is currently working on the design of a new canopy structure over the existing departure and arrival roadways at the Buffalo Niagara International Airport. 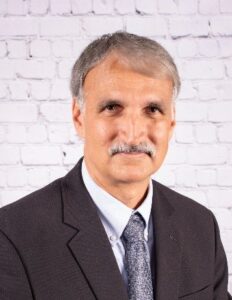 William Ratka, PE, Transportation Manager – Bill, with DiDonato since 2000, has 32 years of experience and leads the Civil-Transportation/ Highway group.  Bill has his BS degree in Civil Engineering from SUNY at Buffalo and an AAS degree in Civil Engineering Technology from Erie Community College and is a NYS licensed Professional Engineer.  He has been Engineer, Sr. Engineer, and/or Project Manager on several of DiDonato’s highway reconstruction/rehabilitation projects.  He is Project Engineer on our Main Street Revitalization-Cars Sharing Main project that was first started in 2005.  He’s worked on many Locally Administered Federal Aid roadway reconstruction projects for Erie County and other local municipalities.  He currently is the Project Manager for DiDonato’s City of Buffalo Streets and Sidewalks program involving design and inspection services for this Community Development Block Grant program.  Bill’s other current projects include design of the Complete Streets projects for Main Street between Goodell and Delavan in the City of Buffalo, site design for the redevelopment of Young Street between Main and Broad Streets in the City of Tonawanda, and design work for the rehabilitation/reconstruction of Runway 5-23 at the Buffalo Niagara International Airport for NFTA.  Bill will be the Project Manager for the upcoming Elmwood Avenue Reconstruction project from Kenmore to Knoche for the County of Erie.

Gregory Hewitt, an Executive Vice President and Principal since 1990, has retired from the firm and active day-to-day involvement. Hewitt will remain involved as a consultant to complete some of the projects on which he was working, and to provide technical review on architectural projects for DiDonato. “All good things must come to an end.” commented John DiDonato, President of DiDonato. “Greg is finally playing his retirement card and we are happy for him – he has certainly earned it. Greg has been a vital and valuable member of our team. We will miss his leadership and his sense of humor and wish him nothing but health and happiness in this next chapter of his life.” Hewitt started at DiDonato in 1974, while still an architectural student at UB earning his BPS degree in Architecture in 1977. In 1980, he went back to night school to get his Civil Engineering degree. This background served him well as he was able to provide both an architectural and engineering perspective to his projects. Hewitt worked with DiDonato’s late founder, Norman DiDonato, on several projects including the Erie Basin Marina, the Buffalo Niagara Convention Center, the Erie County Fire Training Building, Smoke Creek Bridges, and the John James Audubon Parkway Bridge. Throughout his 45+ years at DiDonato, he was a well-regarded Project Architect/Engineer, Project Manager, Principal-in-Charge, and QA/QC Manager on thousands of projects including the Biennial Bridge Inspection Contracts for NYSDOT and NYSTA; many roadway and bridge rehabilitation projects throughout WNY; Buffalo Municipal Housing Authority improvement projects; Elma Town Hall design and construction; and more recently as the Term Contract Administrator for the SUNY at Buffalo A/E Term Contract involving more than 60 assignments over the last five years. 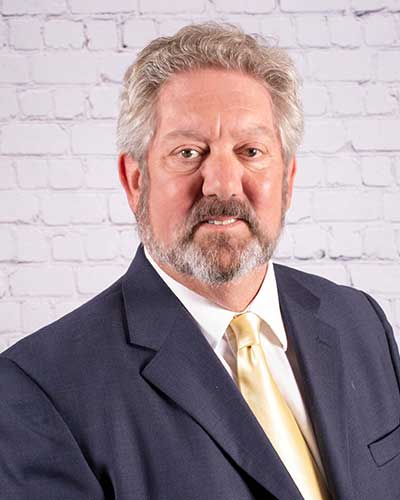 With Hewitt’s retirement, John DiDonato, PE, President, adds the role of CEO to his responsibilities. John joined DiDonato in1983 while attending UB for Civil Engineering. He graduated in 1985 and became a Civil Engineer at DiDonato. After earning his NYS Professional Engineering License, he was named a Principal of the firm in 1990, heading up the Civil Engineering group. Together with Hewitt and Norm, the three oversaw tremendous growth of the firm over 25 years. In 2015, with the retirement of Norm DiDonato, John was named President. As President and CEO, John provides strategic direction for the firm, ensures managers have all the resources they need to successfully perform projects for clients, and stays involved in high-profile projects at Highmark Stadium, Buffalo Niagara and Niagara Falls International Airports, and infrastructure projects for the City of Buffalo. 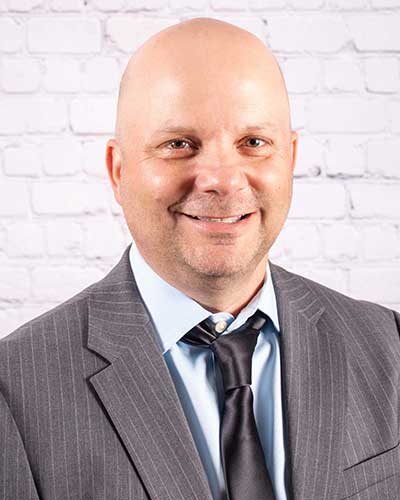 Today the Buffalo News published a great article about the many improvements the NFTA is making to their facilities.  The article, written by Robert J. McCarthy, highlighted a number of repairs aimed at improving the facility’s visual appeal and utility.  One of our projects at Delavan Station was featured in the article. 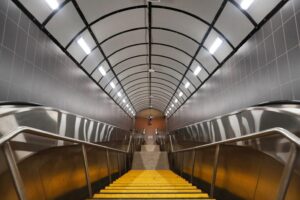 DiDonato provided design and consulting services for Delavan Station, which consisted of newly refurbished escalators and panel replacements.  We are also designing the liner replacement at the University Station!  DiDonato has worked with the NFTA for over 35 years and we are excited to see how they further improve their public facilities.

© 2022 DiDonato Associates
Engineering and Architecture, P.C.
All Rights Reserved. Privacy Policy
Web Design in Buffalo by Abbey Mecca & Co.
Close Menu
We use cookies on our website to give you the most relevant experience by remembering your preferences and repeat visits. By clicking “Accept”, you consent to the use of ALL the cookies.
Cookie settingsACCEPT
Manage consent

This website uses cookies to improve your experience while you navigate through the website. Out of these, the cookies that are categorized as necessary are stored on your browser as they are essential for the working of basic functionalities of the website. We also use third-party cookies that help us analyze and understand how you use this website. These cookies will be stored in your browser only with your consent. You also have the option to opt-out of these cookies. But opting out of some of these cookies may affect your browsing experience.
Necessary Always Enabled
Necessary cookies are absolutely essential for the website to function properly. These cookies ensure basic functionalities and security features of the website, anonymously.
Functional
Functional cookies help to perform certain functionalities like sharing the content of the website on social media platforms, collect feedbacks, and other third-party features.
Performance
Performance cookies are used to understand and analyze the key performance indexes of the website which helps in delivering a better user experience for the visitors.
Analytics
Analytical cookies are used to understand how visitors interact with the website. These cookies help provide information on metrics the number of visitors, bounce rate, traffic source, etc.
Advertisement
Advertisement cookies are used to provide visitors with relevant ads and marketing campaigns. These cookies track visitors across websites and collect information to provide customized ads.
Others
Other uncategorized cookies are those that are being analyzed and have not been classified into a category as yet.
SAVE & ACCEPT